As promised, I am releasing a “resume” of each of my 10 Baristas at Paulie’s, one per week. We have a talented bunch behind our counter, I’d like to share their stories with you all.

Jenna is a woman of many talents, and never afraid to get her hands dirty…The rumor is, Jenna is kin to Johnny Cash. 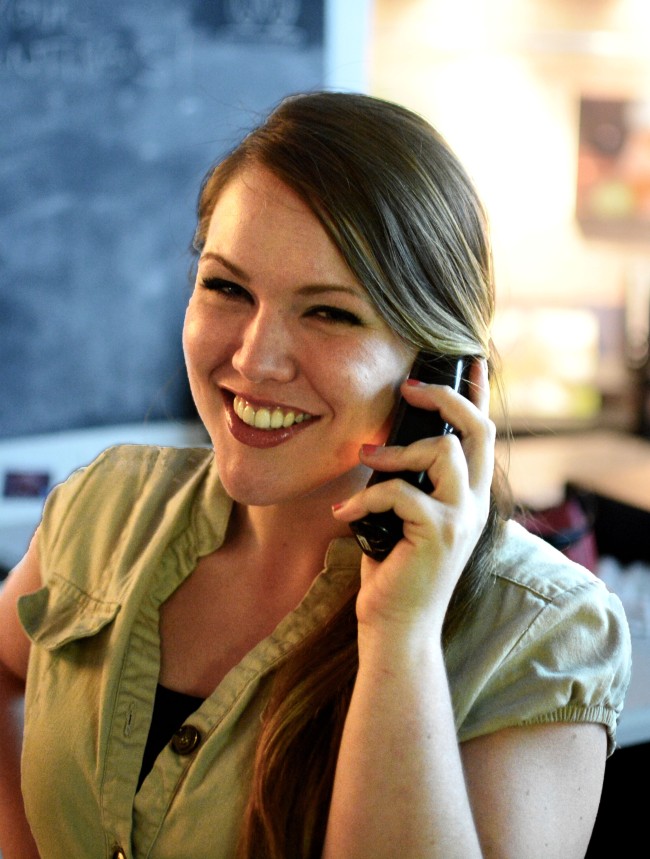 Jenna moved to Houston about two years ago from Brooklyn, New York with two Rubbermaid containers and a few guitars.  She was here for barely a week before answering a job ad and interviewing with Paul.  Paulie’s was her first real introduction to Houston, Texas.  She liked it so much she decided to stick around.

Jenna grew up in Bloomington-Normal, Illinois, a small town three hours south of Chicago.  Jenna still grew up in the kitchen.  Her best friend’s father owned a small restaurant and catering business in her hometown, and the two young ladies started slinging hash browns at 6AM on weekends while helping with catering events.  In high school Jenna was hired at Panera Bread as a dishwasher.  After a year, and at 17, she became a manager.  She stayed with the company for 2 more years, and assisted in opening five additional locations.  While in New York, she started working at a small coffee shop called Gregory’s Coffee.  Although she had worked with coffee before, this was her first introduction to Specialty Coffee.  Just before leaving Brooklyn, she was managing a restaurant and bar in the Flat Iron District of Manhattan.

Restaurants make up a lot of Jenna’s history and back-story, but that only scratches the surface.  She is a trained massage therapist and worked as an LMT in the state of Illinois for nearly 2 years.  She was the youngest therapist with the fastest growing clientele in her area.  She received her Bachelor’s degree in Entertainment Business in 2010, while residing in Orlando, Florida.  After finishing college, she moved to New York City and interned with well-known photographer, Ron Rinaldi.

Jenna loves music.  Her childhood home was filled with it.  She remembers being little and singing by the piano with her mother.  She was competing in vocal competitions statewide at a young age.  In school she played the trumpet in jazz bands, concert bands, and marching bands.  If it had something to do with music, Jenna was probably there.  In her teenage years, she picked up the guitar and started writing her own music.  She still does.  When she isn’t busy working or playing guitar, Jenna enjoys baking, especially pies.

Jenna lives in Spring, Texas with her boyfriend. They run Kritikos Recording Studio.  Jenna is often running to meetings with artists, grabbing food for grungy recording bands, and breaking down contracts and agreements.  KRS is currently in the process of building a brand new recording studio to accommodate the growing business.

Restaurateur, Connector, and Food & Beverage community supporter END_OF_DOCUMENT_TOKEN_TO_BE_REPLACED
This entry was posted on Tuesday, June 3rd, 2014 at 2:03 pm and posted in Coffee, Food, Wine. You can follow any responses to this entry through the RSS 2.0 feed.
« Paulie’s Counter Culture – Kevin Mathis
Paulie’s Counter Culture – Rachel Tieken »