As promised, I am releasing a “resume” of each of my 10 Baristas at Paulie’s, one per week. We have a talented bunch behind our counter, I’d like to share their stories with you all.

The third specimen is one of the US Military, which has instilled discipline and loyalty, Jon Revere. 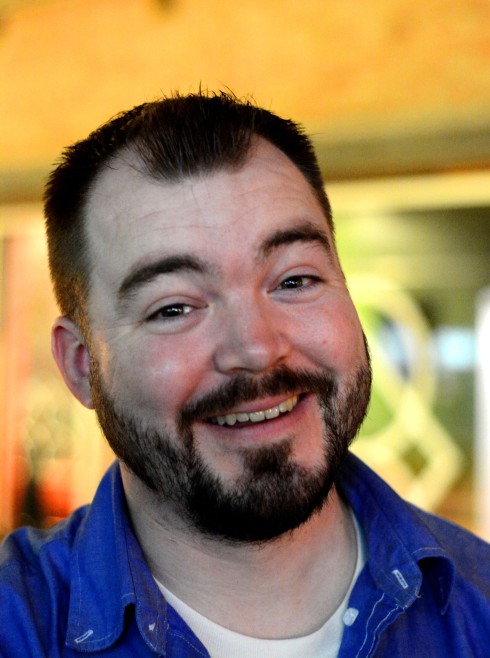 Jon has been a part of the Paulies crew since August of 2013. He enjoys interacting with others and offers a sincere, friendly demeanor across the counter. Jon was born in Houston during the early 80s and grew up in Cypress. He comes from a family of four whom have been both influential and supportive of him through his endeavors.

Following high school, Jon began attending Sam Houston State University to further his education.  Debts grew and income became overshadowed which caused Jon to put education on hold to see a new perspective. In 2008, he signed on with the U.S. Army as a field artilleryman. Jon served three years in active service, and one of those years was spent in Afghanistan. He appreciates his time that was spent in service but is grateful it is concluded. In 2011, Jon was honorably discharged from active service and returned to his studies. In the summer of 2013, Jon obtained a BA in History from Sam Houston State University.

Jon brings forth a few experiences with coffee. While in Huntsville, Jon worked as a barista at a small coffee shop, which has since closed, but gave him an introduction to an espresso machine. While in active service, Jon experienced the existence of bad coffee, but noticed his peers seemed to drink it anyway.

During his spare time, Jon enjoys music. He particularly enjoys classic rock, rock, and classical. He also enjoys relaxing with a pleasant meal and a nice glass of wine. When the weather is bright, Jon can be seen on the golf course trying in earnest to improve his game. With friends he is known to try different restaurants, go to the movies, or just stay in and open a board game. Jon’s favorite hobby is going out to a country range and shoot sporting clays.

Restaurateur, Connector, and Food & Beverage community supporter END_OF_DOCUMENT_TOKEN_TO_BE_REPLACED
This entry was posted on Wednesday, May 7th, 2014 at 7:34 pm and posted in Coffee, Food, Wine. You can follow any responses to this entry through the RSS 2.0 feed.
« Paulie’s Counter Culture – Dustin Curtis
Paulie’s Counter Culture – Carlo Magana »